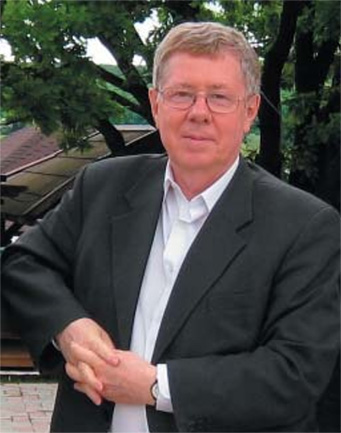 BETEN International was founded in 1996 by Jean Roche on the basis of previous engineering activity initiated in France and then abroad in such diverse areas as industry, military, nuclear, pharmaceutical and tertiary sectors.

After having worked in Africa, the Middle East and Asia, Jean Roche is involved in a negotiation in the USSR for the construction of 20 modular plants throughout the Soviet Union on the principle of an innovative modular process that he had invented and submitted to the INPI (National Institute of Industrial Property) in France.

The first plant was built in Azerbaijan, and when he was constructing the second plant in Ukraine, the Soviet bloc collapsed and most of its constituent countries took their independence. Therefore, in 1991 he decided to move his activities from Moscow’s center, which at that time was the only possible entry to this zone for foreigners, to the young democratic Ukraine.

He finished the construction of this plant of printed circuit boards (still operating) and given the financial collapse of the zone, had to continue his activities being paid for his services with agricultural raw materials.

Convinced of the development potential of this country, he continued to contribute to the transition of the agricultural sector in Ukraine through the sale of machines (tractors, combine harvesters, irrigation systems etc.), then through the direct involvement in growing some crops, in particular oleaginous and aromatic plants.

This last activity gave him the opportunity to invest also in processes of primary transformation like the distillation of these plants in essential oils and their extraction in concrete. Therefore, the company acquired expertise in renovation and construction of industrial units as well as in import of equipment and commercialization of products in Europe and in the rest of the world.

Given the need to make its own plants more energetically independent, the company started then to explore the biomass opportunities and more generally renewable energies. The new “green tariff” law passed in Ukraine in April 2009 contributed to gradual development of this new emerging sector of activity and today BETEN takes a very active part in studies of establishment of wind and solar farms as well as biomass or biogas units.

Thus, BETEN applies its core activity of consulting and engineering to environment-related projects in agriculture, industry or energy sector. The company shares also its know-how in development of projects in the Eastern countries by providing information to and accompanying interested companies as well as by hosting them through its real estate activities in Ukraine. BETEN assists also all Eastern European enterprises that need professional exchanges with Western European companies.