Since 2009, it traditionally gathers professionals in renewable energy and energy-efficient technologies. During 9 years of its existence, SEF conference has become the main meeting place for energy companies and related services with business interests in Ukraine and Eastern Europe.

BETEN INTERNATIONAL, a French engineering company providing energy projects consulting in Ukraine and Eastern Europe for more than 20 years, of course, could not miss it. 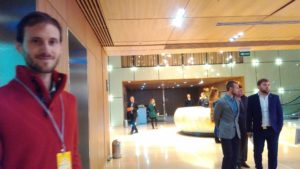 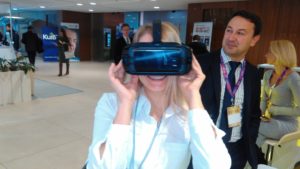 Read below the first impressions of what they saw.

Irina Kharchenko: Michel, it seemed to me that solar companies represented the majority of the exhibition participants.

Michel Forget: It is true. Evidently, the vast majority of companies at the exhibition really represent the solar segment. Its popularity is quite predictable for a number of reasons. In comparison with the wind energy, for example, solar power projects are faster in development and implementation, so the interest in it is fully justified.

I.Kh.: In this case it is even more interesting to trace the evolution of the Ukrainian solar energy market from its inception almost 10 years ago to nowadays. Michel, could you please give some comments about the context of solar market then as compared to today? What can you say now, after visiting SEF 2017?

M.F.: The years 2010-2011 were a real “Wild West” in the Ukrainian green energy market, in the good sense of the term: intensive inner movement, giant exhibitions, dozens, hundreds of companies, everyone felt that he had a chance. And now, since several years we have been seeing the same players, the titans in solar panels supply, as well as in SPP construction. We can literally count the market leaders on the fingers of one hand! We can consider that this tiny exhibition represents all the solar energy market players in Ukraine. So, the disposition of the actors in the solar power segment of the market has significantly changed.

I.Kh.: Tell me please, Michel, do you see here, at this forum today any “surviving adventurers” with whom you communicated in 2011?

M.F.: Basically, the main market players that we have today are the companies that began their activity in those years. Considering EPC-contractors, the biggest actor is KNESS, of course, – former Podilsky Energoconsulting. It launched its first projects in Vinnitsa region. Another one is Helios Strategy, which also exists since the same period, as well as Rentechno. All this companies took the challenge to survive during these years and weathered the crisis of 2014-2015. Surely, they are the great winners now. However, at first! At first, obviously, it was a big adventure for every company. Nobody knew how things would go; all the actors explored and discovered this new market at his own risk and peril.

I.Kh.: So, today can we state that their adventurism was definitely fruitful?

I.Kh.: Is there anyone from the big players who has been able to keep its strong positions since 2011?

M.F.: Certainly, they all were the ones who kept and raised their positions. That said, at that time there were no real big actors. Only one major player existed, it was the company Active Solar, the unofficial monopoly with great lobby in the state government, which defined the structure of the green energy market according to its own interests and needs.

I.Kh.: And what is its current position for the moment?

M.F.: It no longer occupies any position.

I.Kh.: So, can we say that the victory loves the bravest?

M.F.: They acted according to their own understanding of courage, but, as the political situation changed a lot, they faced a kind of force majeure.

I.Kh.: In conclusion, how can we characterize the changes in the Ukrainian solar market in the last decade?

M.F.: We used to have a boom in development, and we are having one now. However, the nature of these two booms is different. At the time, there was no big difference between big and small players; everyone just wanted to try out their strength. Now the situation in the market has changed a lot. There are only about five major players left. A lot of solar plants are being built, even in more significant volume, but the builders are all the same.

I.Kh.: What professional forecast could you do for the near future?

M.F.: It is still difficult to give professional forecasts for any branch of industry in Ukraine because of its unstable conjuncture. Even so, I can assume with a high probability that after 2020, after the next green tariff decrease, the pace of commissioning of new facilities will inevitably descend. At the same time, it will be very interesting to evaluate the real influence of the recently adopted new Ukrainian Law “About the energy market” on development of this industry.