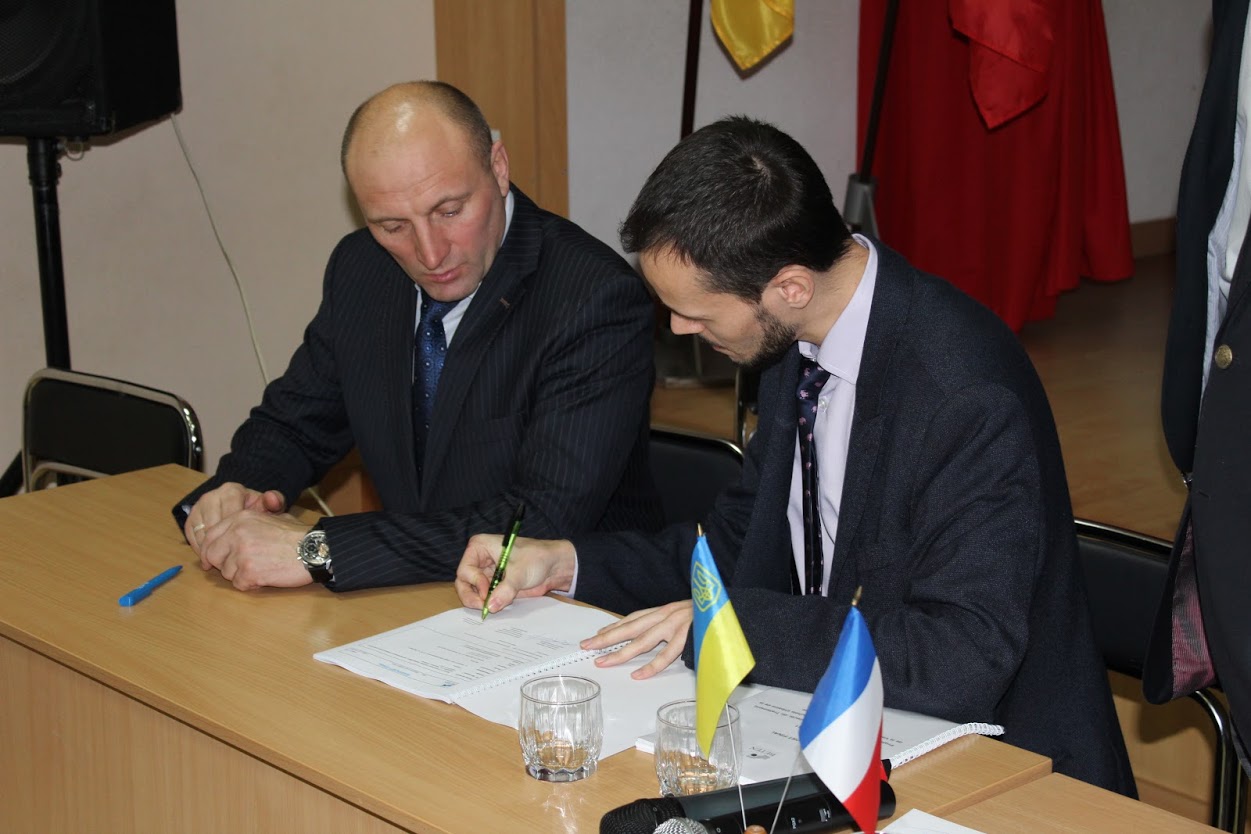 BETEN INGENIERIE has completed the first in Ukraine integrated project on valorization, processing and recycling of solid household waste, commissioned by the city of Cherkasy. 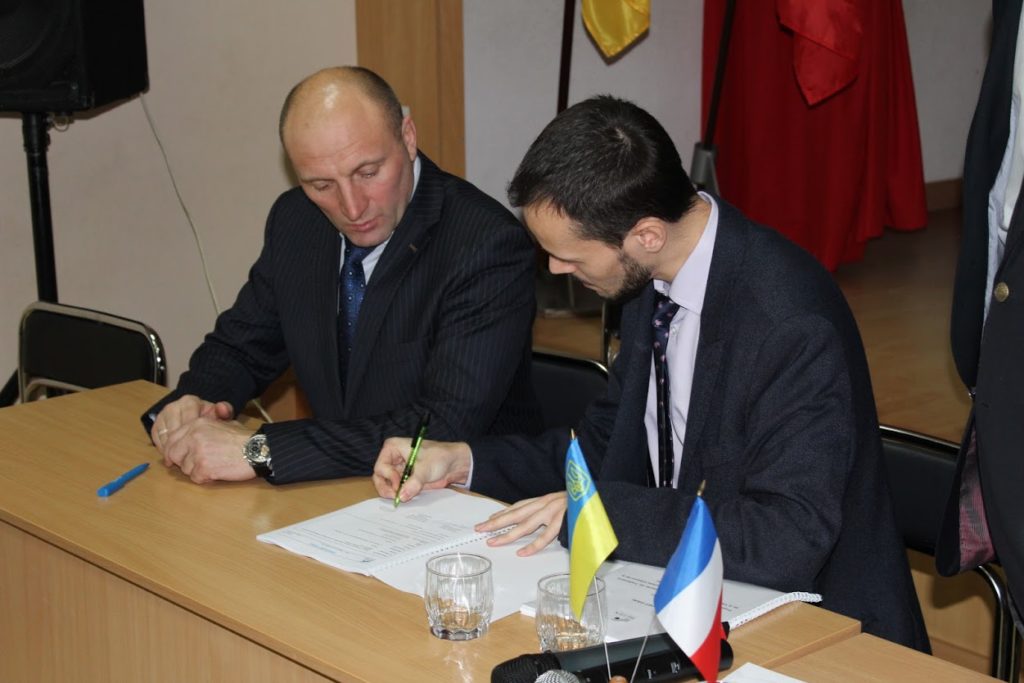 Launched in the framework of the FASEP program funded by the Ministry of Economy and Finance of France, it aims to optimize the solid household waste management, to reduce the number and the area of landfills in Cherkasy and its region and involves the construction of a sorting line and organic waste composting plant.

According to the results of the research carried out by BETEN INGENIERIE during the last year, out of 98,850 tons of SHW that yearly accumulate in Cherkasy, 40% is organic waste and 23% is recyclable. To this amount shall be added about 23 000 t of green waste from municipal areas.

“Throughout the study, we came to the conclusion that the removal and dumping of solid household waste will become more expensive in the future,” said Quentin Boulanger, the project manager from BETEN INGENIERIE. “Therefore, we tried to offer the city the most reasonable choice from the economic point of view.”

Quentin Boulanger also remarks that new technologies will allow reducing the amount of waste that goes to the landfill by at least 66 %.

“On the basis of the results of our research, we came to the simplest and most economically feasible solutions. This is the production of compost from organic waste and sorting of valuable components from non-organic waste, “summed up Quentin Boulanger. – In the future, additional modules can also be added: the production of biogas from compost and refuse-derived fuel (RDF) production. “

It is worth noting that project development became possible thanks to close cooperation of the municipality of Cherkasy with the French colleagues from the city of Caen (Normandy), as well as the SYVEDAC syndicate, the Union of Valorization and Waste Disposal of the Caen region, which handles the issues on effective waste management in the city of Caen and its suburbs. 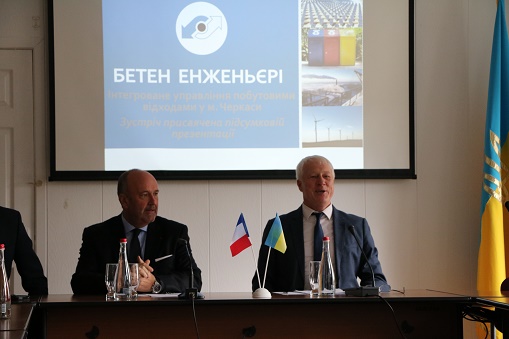 Photo : The President of the syndicat « SYVEDAC » Mr. Olivier PAZ  and  the First Deputy Mayor of Cherkasy Mr. Stanislav OVTCHARENKO

“Caen is similar to Cherkasy in terms of population. 60 years ago, only a landfill of solid household waste was used in the city of Caen. 50 years ago, thanks to SYVEDAC, an incinerating plant was built. In 20 years, its main facilities were upgraded by the installation of thermal energy generators, so we started supplying heat from our plant to all the houses of the Caen city. One year ago, we added a cogeneration unit allowing us to produce not only heat but also electricity,” said Olivier Paz, the president of SYVEDAC.

“Today we are actively working on construction of about 20 hectares of greenhouses, which will be supplied with heat from the thermal generation of the plant. They will provide tomatoes and other vegetables for the school canteens of Caen. Moreover, this will create about 120 new jobs. Therefore, we are ready to share our experience with Cherkassy, as we see that Cherkasy city authorities are enthusiastic and open for collaboration. We would like the city of Cherkasy to become the leader of Ukraine in environmental progress and be an example for other cities.”

First Deputy Mayor of Cherkasy Stanislav Ovcharenko, in his turn, expressed his gratitude for collaboration: “During the years of cooperation with France, serious and fruitful work has been done. We thank the French Republic for the work done to solve this pressing problem. “ 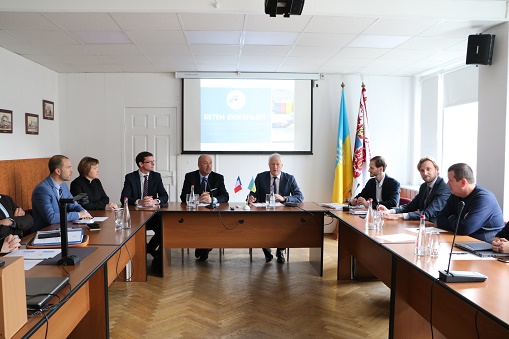 The representative of the Economic Service of the French Embassy in Ukraine Frederic Fatoux expressed the position of the French Republic: “For us this is a political, economic and social priority that is closely connected with the environment. In the context of the situation in Lviv, waste management modernization challenge has become an urgent problem for all Ukrainian cities, he said. – Under these conditions, the international community is mobilizing; various organizations are ready to start financing similar projects. France supports Cherkasy and we would like your city to become a model to follow in the whole of Ukraine.”

He also noted that this problem is, above all, the question of our children’s future and of the whole planet in general.

Therefore, the project includes information and education activities for children of the city, focused on rational waste management and sensible consumer behavior, which will last continuously for 12-18 months and will be financed by the project.

“Deputies of the city of Caen have granted Cherkasy a budget of 8, 000 euros for educational and information activities on the rational waste management in schools and kindergartens,” said Olivier Paz. “Moreover, the SYVEDAC syndicate, thanks to cooperation with BETEN INGENIERIE and another French company SUEZ managed to attract an additional 10, 000 euros to this budget.”