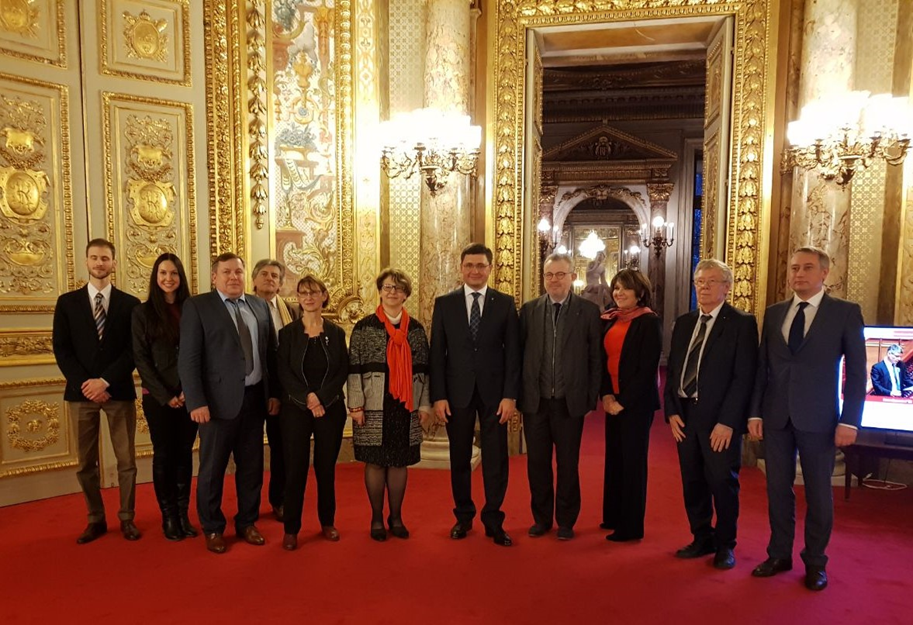 Photo: Meeting with the representatives of the Senate, the National Assembly and the Ministry of International Affairs of the French Republic

As part of the implementation of the memorandum of cooperation signed in May 2017, BETEN INGENIERIE INTERNATIONAL organized, from January 30 to February 2, several trilateral meetings which were an opportunity for representatives of the Ukrainian city of Mariupol to meet the municipal, regional and national authorities of the French Republic.

Thanks to BETEN, the Ukrainian delegation chaired by Mr. Vadim BOYTCHENKO, Mayor of Mariupol, discovered European practices in urban planning, landscaping, water management and waste treatment. This visit brought together the best French experts from the aforementioned fields, who shared their expertise and know-how.

The expert discussions were organized at national, regional and municipal level. The meeting with the presidents of the France-Ukraine friendship groups of the Senate and the National Assembly as well as with the representatives of the Ministry of Foreign Affairs has made it possible to establish lines of cooperation between France and Ukraine, especially in the context of decentralized cooperation.

Photo: The President of the France-Ukraine Friendship Group of the Senate and the Mayor of Mariupol

At regional and municipal level, exchanges with representatives of the cities of Caen, Le Havre, Vitry-sur-Seine and the Regional Council of Normandy have revealed several geographical, demographic and historical affinities with Mariupol, Ukrainian sea port city with an actual population of about 500,000 inhabitants.

The delegation was also welcomed by the management of the International Association of Port Cities (AIVP). This meeting was an opportunity to familiarize with the architecture and urban planning solutions of Le Havre in order to harmonize the waterfront and the port facilities. 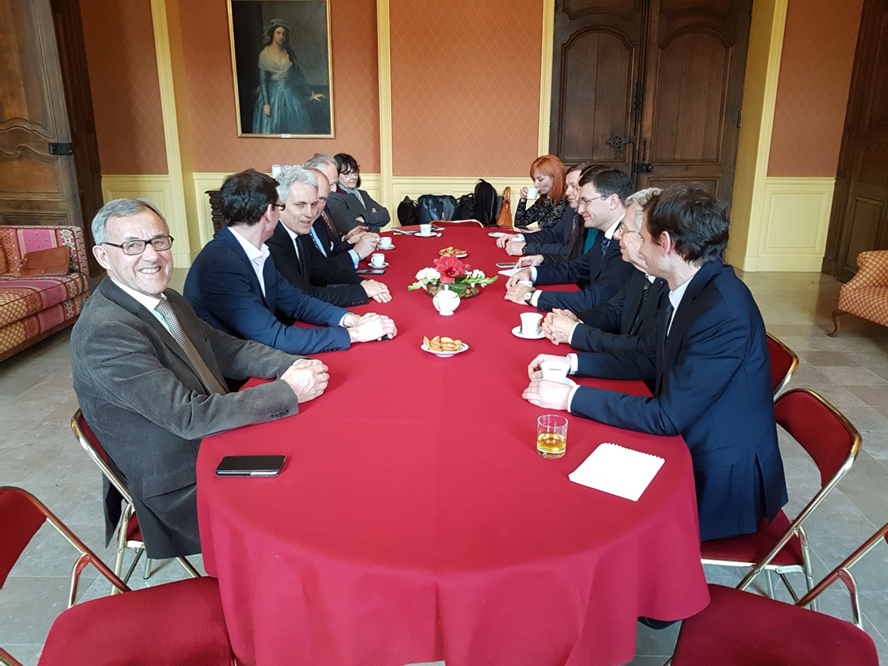 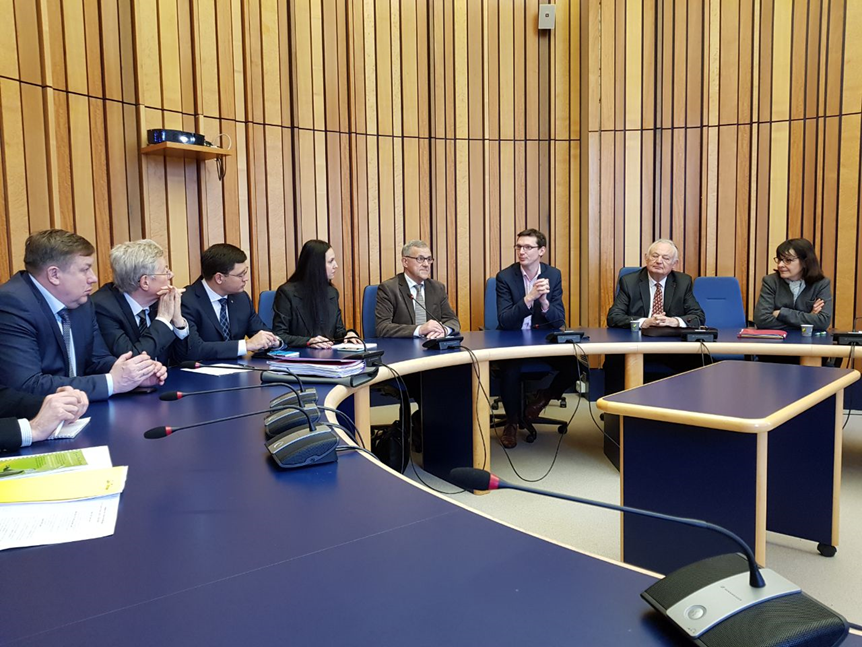 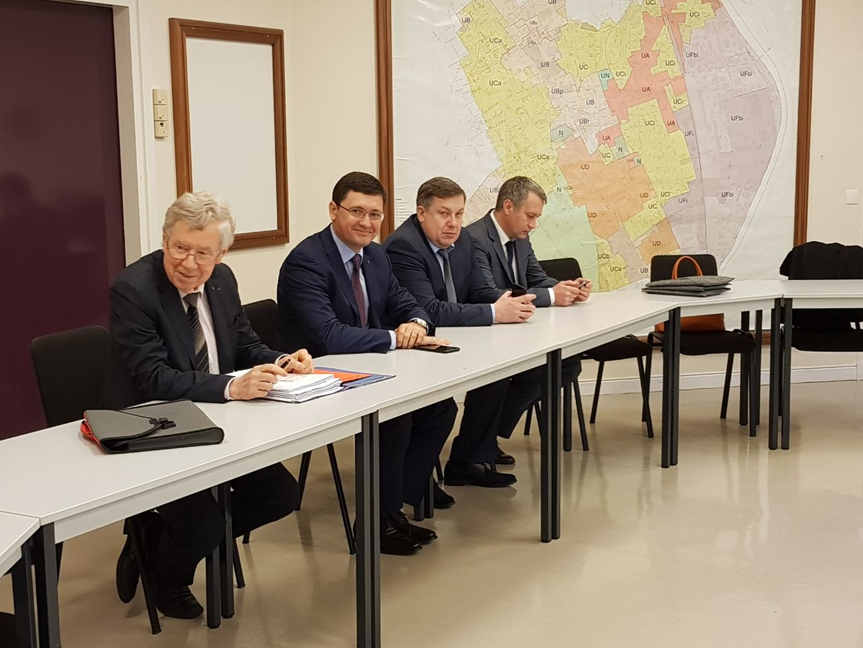 Photo: Delegation of Marioupol at the town hall of Vitry-sur-Seine 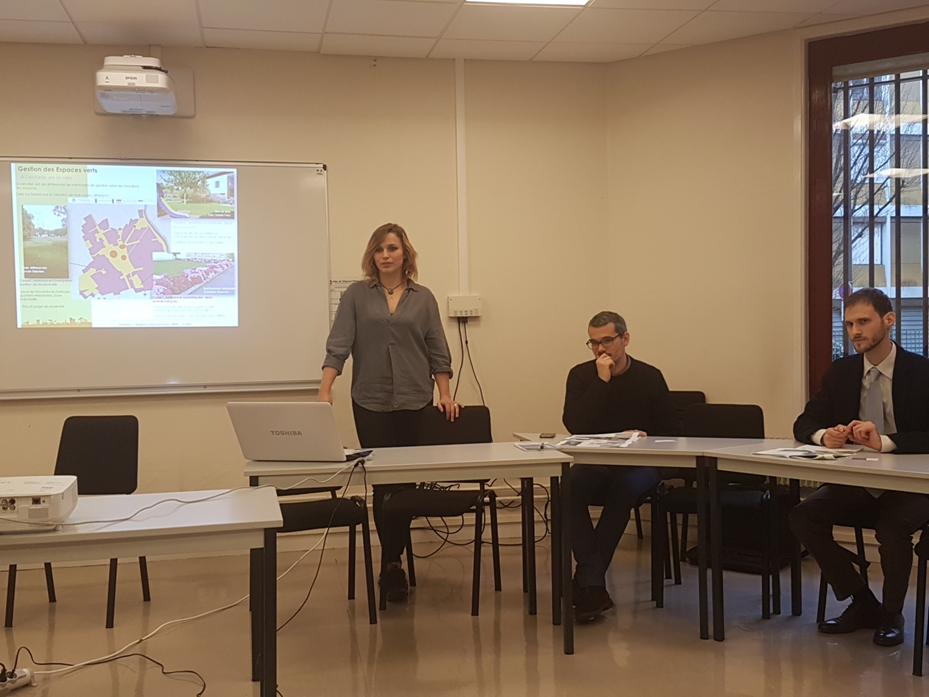 Photo: Explanations on the development of green spaces in Vitry-sur-Seine 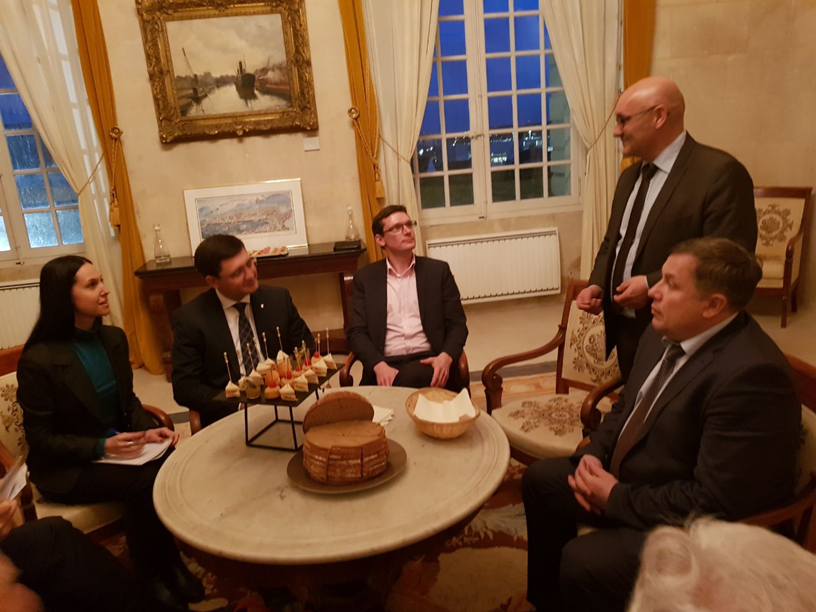 Photo: Reception of the delegation at the Regional Council of Normandy 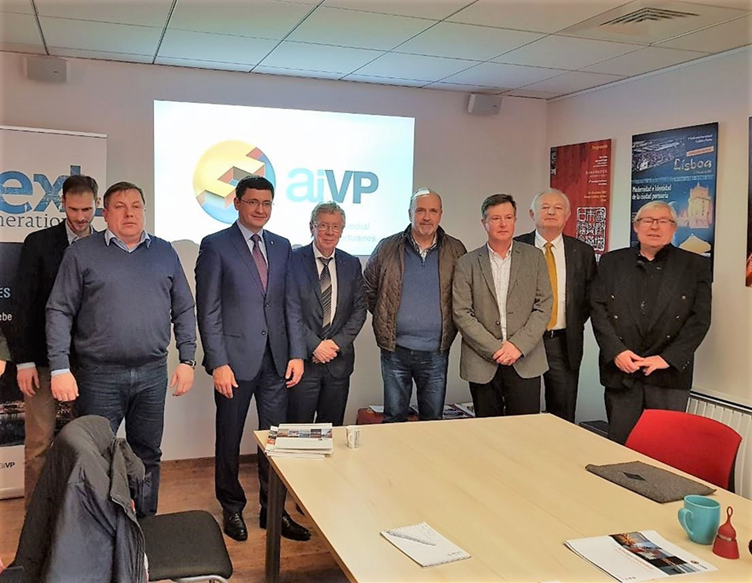 Photo: Reception at the headquarters of the International Association of Port Cities (AIVP) in Le Havre 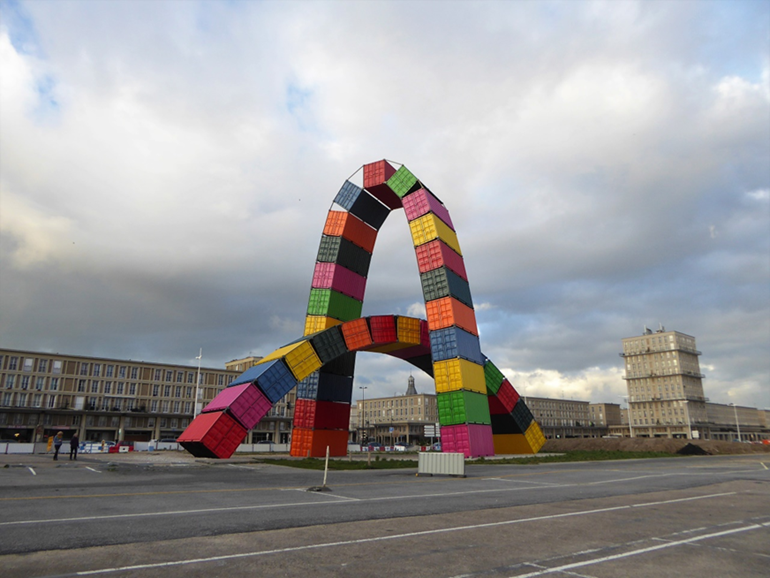 Photo: Decoration of the maritime facade in Le Havre

On the initiative of BETEN and in synergy with the French water unions (RES’EAU) and waste management (SYVEDAC), representatives of the municipality of Mariupol visited the drinking water production plant, the water treatment plant, the waste incineration plant and the sorting line that served as a model for sustainable resource management. 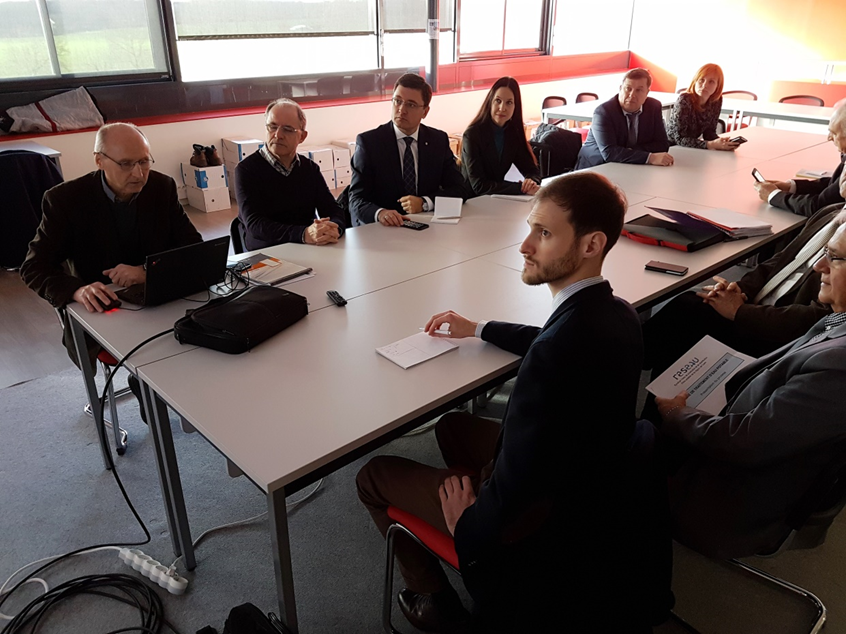 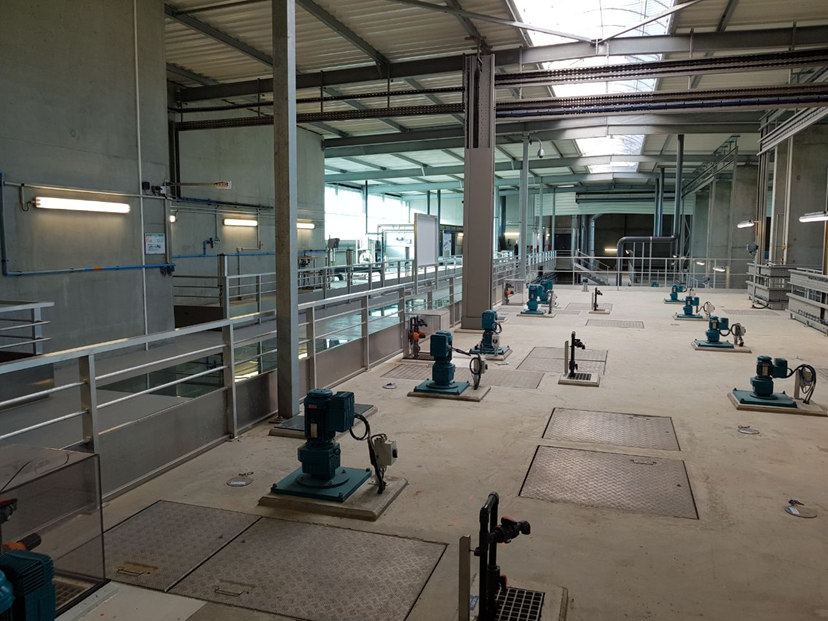 Photo: Explanations on the drinking water production in the region of Normandy 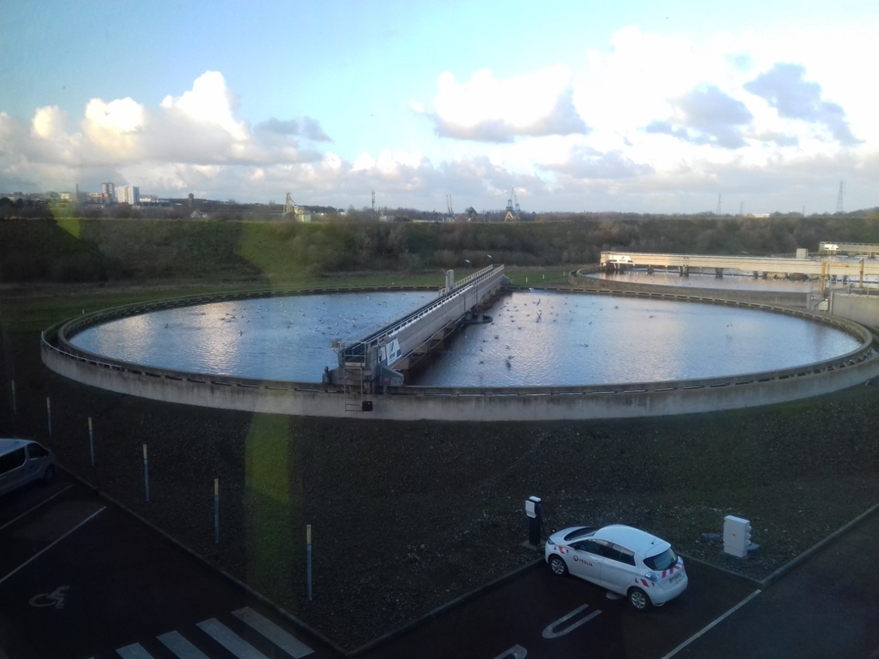 Photo: Reception at SYVEDAC and visit of its waste incineration plant 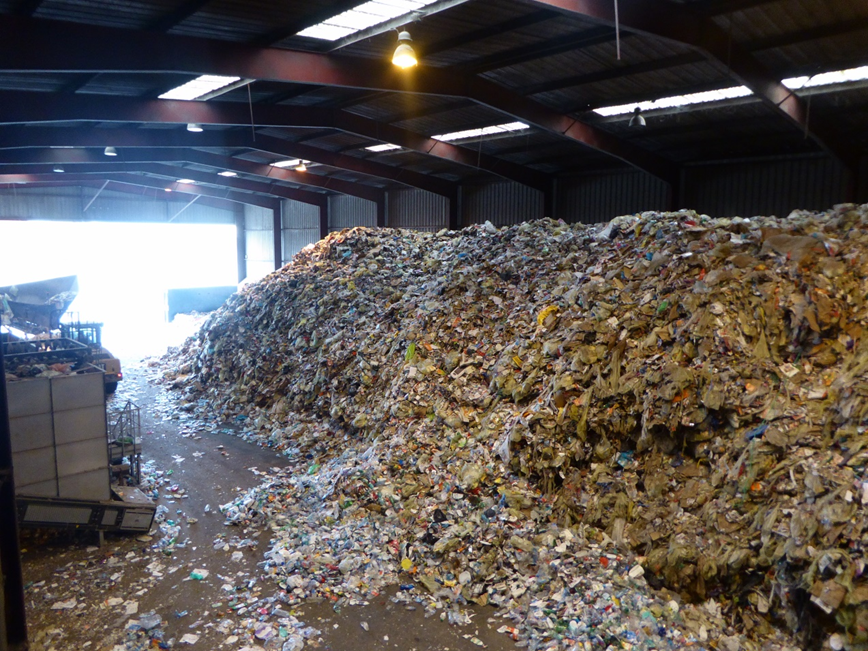 In conclusion, the Mayor expressed his interest for the realization of a waste treatment plant, a drinking water production plant and a wastewater treatment plant in his city and manifested his willingness to associate French experts in landscaping and waste management in Mariupol.

Mariupol is the second Ukrainian city that cooperates with BETEN INGENIERIE in the field of sustainable development. Since 2016, BETEN has provided waste management engineering and consulting services to the city of Cherkassy, the regional capital of 300,000 inhabitants, mobilizing professional expertise and funds from international financial institutions.